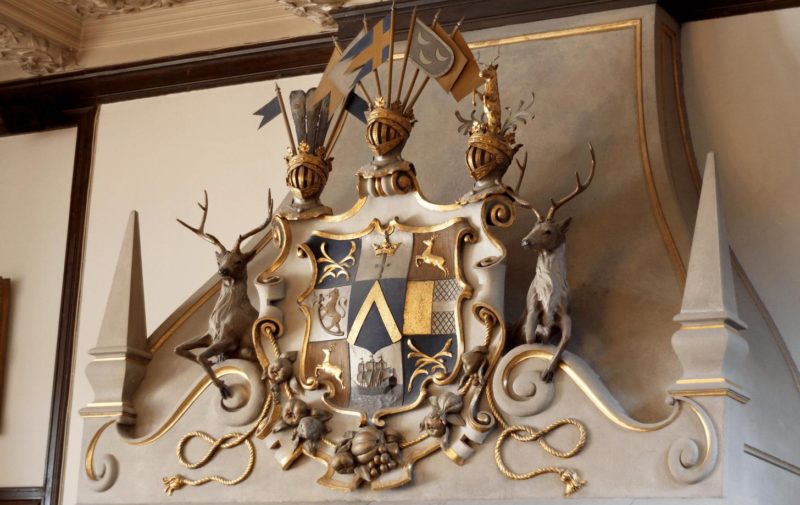 Lejondal Castle is one of Sweden’s youngest castles – completed in 1892. It is together with Thorskog, Tjolöholm, Bjertorp and Teleborg among the last castles built in Sweden.

The estate traces its roots to the early 1400s when it was owned by Swedish Queen Filippa of England, the wife of Eric of Pomerania. It was originally known as Bro-Lövsta and renamed Lejondal during the 1600s after its owner Erik Abraham Leijonhuvud. During the 1700s it was owned by the Funck- and Gripenstedt families.

Governor and Count Eric Samuel Sparre purchased the estate in 1810 and in 1843 it was inherited by his son Erik Josias Sparre who also owned neighbouring Brogård. When Erik died in 1886 it passed to his daughter Louise Ulrika Sparre who was also married to Louis De Geer av Leufsta. After Louis died in 1887, Countess Louise Ulrika decided to build the present house while the lands had been divided between Louise Ulrika and her brother Johan Sparre who became the owner of Brogård. Lejondal was built by Isak Gustaf Clason between 1889-1891 and while Louise Ulrika established herself in the new house in 1892 it was not completely decorated until the turn of the century. Her new husband, Fredrik Rappe, never liked the castle so it became their summer residence instead. After mentioned Rappe managed to peculate his wife’s money they were forced to sell the place in 1914 to Norwegian Aal who, unfortunately, was more interested in the surrounding woodland than the castle.

When Axel Robert Bildt acquired the estate in 1918 he renovated the and modernised the main building and turned the estate into an exemplary estate. He lived there until his death in 1944. For the past 50 years the castle has functioned as a conference facility and is currently owned by Excellence hotels.